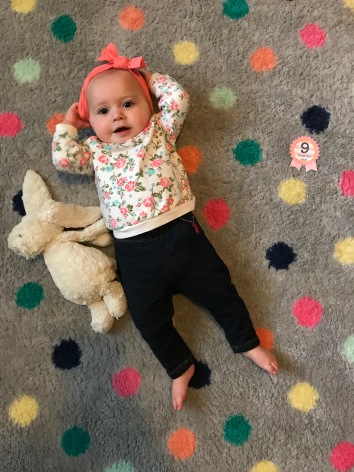 Eating: Girl loves it all, all the time.  I would love to be able to come up with a favorite, but she literally loves everything. For now I’ll say that avocado and raspberries top the list.

Clothing: 6-9 month clothing still; but due to the weather and long lasting colds, we have mainly been in pjs for a month.

Naps: 2 naps a day, 45 minutes to an hour and a half at a time; and she for sure lets us know when we have missed her naptime- even if it’s only by 10 minutes.

Sleeping: Zoe’s bedtime is about 6 at night and she typically sleeps for 13 hours!! I am so so thankful for the long stretch of no baby :). She does sometimes wake up a coupe times, but we are slowly moving away from that- this killer cold is making the process take much longer than I would like.

Likes: She likes attention- lots and lots of attention.  Loves legos and things with a face, dolls, animals, people :). Playing in the bath and eating all the food. Having me hold her while I chase Eli and fake falling from my hip.  Standing up, pulling herself up, basically just being bigger and taller!

Dislikes: Being left alone, she has recently started throwing a fit when I set her down and walk away from the room (the horror!). Anyone missing her sleep cues and keep her up past when she would like to be asleep, this sounds vaguely similar to me… 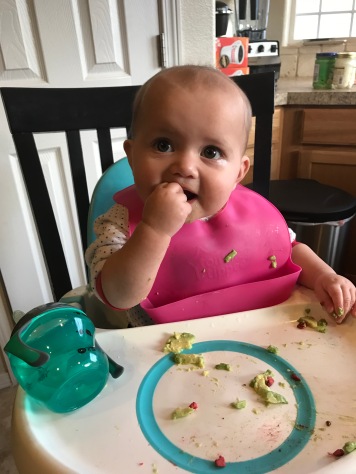 Development: She’s crawling!!!!!!!! Yay yay yay! Zoe is still not super willing to come chase us down and really prefers to be catered to by having everyone come to her- big surprise. She claps almost on command and it is adorable, but I think may favorite new trick is when she tries to smile- its terribly awkward and forced and so funny! Still no teeth, but starting to learn to balance on her own and is pulling herself up.  Hoping walking is not far behind us! 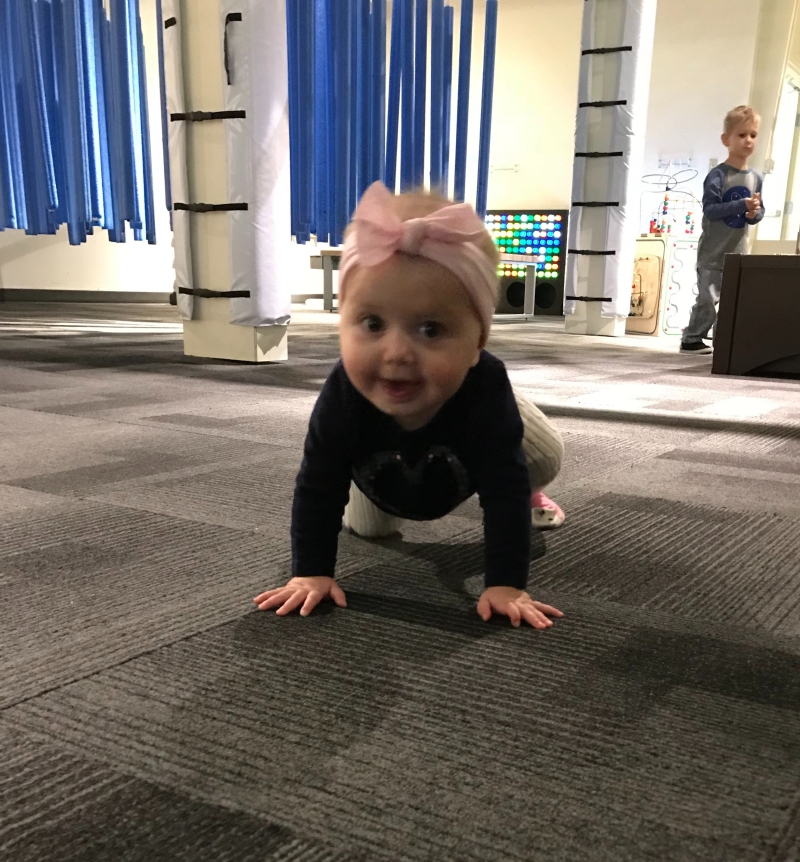 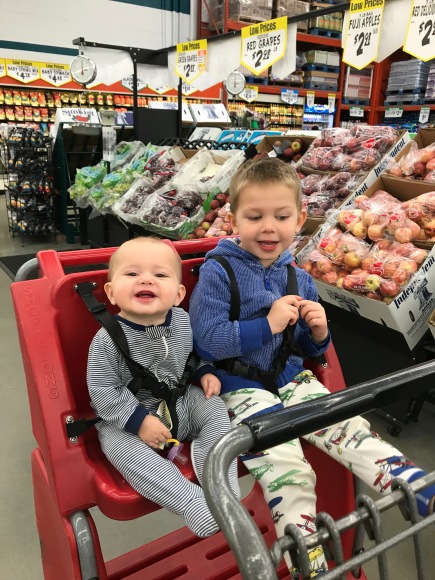 Sibling Update: Zoe and Eli still adore each other which is wonderful.  They are getting to the stage where they can begin to play together. Most mornings when Zoe wakes up, I give her a bottle in her crib and go lay down, when she is done, Eli goes in and plays with her- giving me extra sleep :).  The only struggle that Eli has had with having a sibling is starting to want to go back to being a baby, help with clothes, wanting us to feed him.  Sometimes the attention that Zoe receives, fights against Eli’s desire for independence which can make him a little difficult to deal with. I keep thinking Eli will want to just spend time with us, but when I suggest is, he is quick to add that he wants Zoe to come with us- melt my heart.

Mom and Dad Update: We are doing well and starting to get into the groove of having a traveling parent.  Its just bizarre to me how much our kids look like Kenny, but seem to really carry my personality when it comes to their “challenging” behavior traits 🙂 These kids drive me crazy and yet I can not get enough of their snuggles and their tantrums. It’s just wonderful getting to watch them grow.